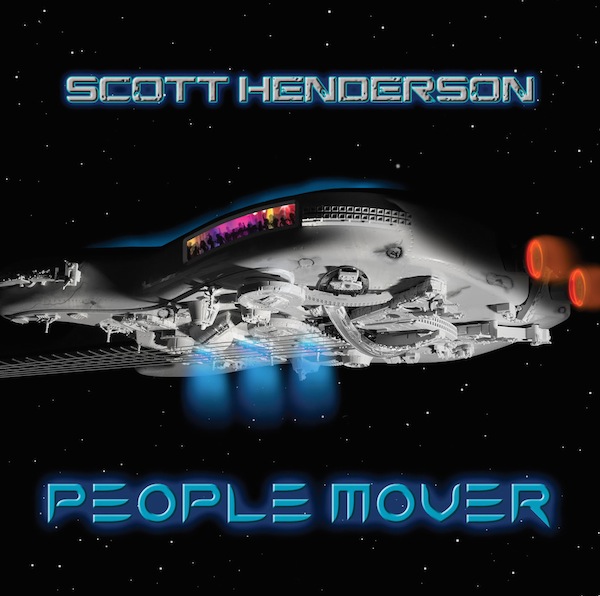 Los Angeles, CA – Guitar virtuoso Scott Henderson has finished his new album “People Mover”, the most ambitious project of his career! The highly anticipated instrumental album for guitar trio will be released on July 1, 2019.

Says Scott, “The music has a lot of interplay due to a busy touring schedule with bassist Romain Labaye and drummer Archibald Ligonniere. I’d say this album is a bit more harmonic than ‘Vibe Station,’ and the rhythm section plays a bigger role in the music. The challenge was to come up with new tones and effects I haven’t used before, since like ‘Vibe Station,’ the songs are layered with multi guitar tracks.”

“People Mover” demonstrates Scott’s striking ability to combine elements of jazz, rock, funk and blues in an even more authentic, seamless and musical way than any of his previous work. Proof that after 35 years as a bandleader, Scott is a musician who’s playing and composing continues to grow.

From a recent interview, “My music isn’t for purists, that’s for sure, and I’m very thankful for my fans who are obviously open-minded and share my love for many different styles of music.”

Scott Henderson’s impressive work over the years as co-leader of the group TRIBAL TECH, leader of his own ground breaking trio, and sideman to some of the best jazz artists of their generation, including the great Joe Zawinul, has elevated him to the front ranks of both Jazz and Blues. 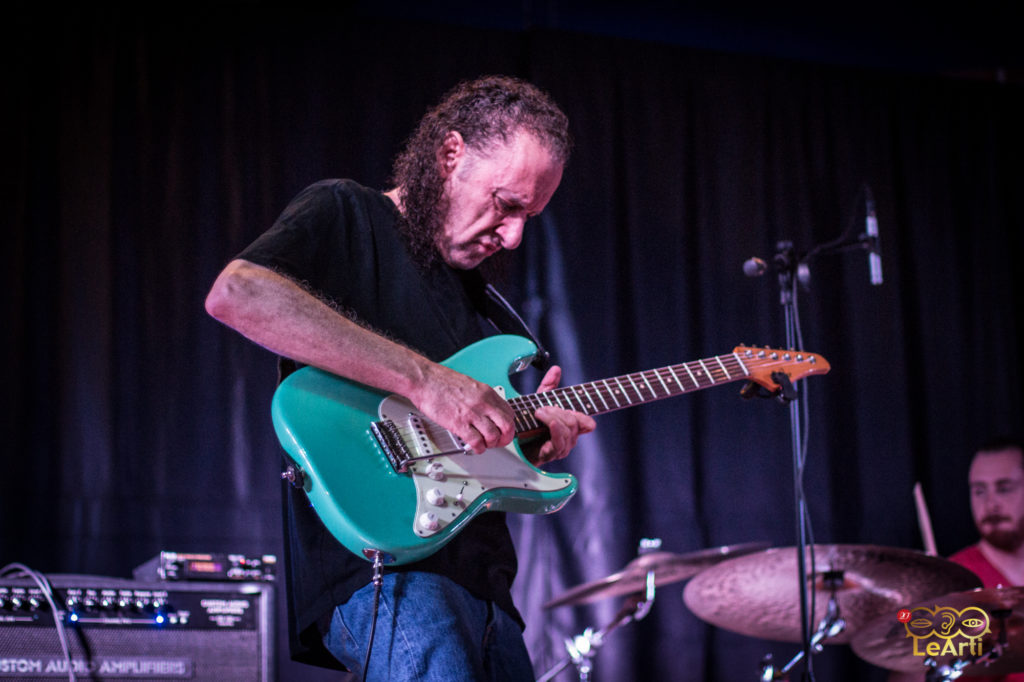 Born in 1954, Scott Henderson grew up in an era where blues-rock was at it’s peak. His formative musical years took place in South Florida where he played the clubs with various bands, playing everything from Led Zeppelin to James Brown. As he was learning his instrument, Henderson was influenced by Jimmy Page, Jeff Beck, Jimi Hendrix, Ritchie Blackmore, and his favorite blues guitarist Albert King.
Even though Henderson claims to be more of a blues-rock player, it was the influence of jazz that led him to the style of playing and composing that he is now famous for. Besides being a world class player and premier composer, Scott’s trademark is his beautiful tone and striking ability to blend Blues, Rock, Funk, and Jazz, creating a soulful and unique voice on the guitar.
Scott studied arranging and composition at Florida Atlantic University, then moved to Los Angeles in 1980. He toured and recorded with Chick Corea’s Elektric Band, violinist Jean-Luc Ponty, and was pleased to get the opportunity to work for four years with one of his favorite musicians, Weather Report’s Joe Zawinul. He recorded two albums with the Zawinul Syndicate, “The Immigrants” and “Black Water”. Henderson formed the legendary band Tribal Tech in 1984 with bassist Gary Willis, and recorded ten critically acclaimed albums. The most recent recording is “Tribal Tech X” released in March 2012.
In 1991, Scott was named by Guitar World as the #1 Jazz Guitarist, and in January 1992, he was named #1 Jazz Guitarist in Guitar Player’s Annual Reader’s Poll. His first solo blues album “Dog Party”, a welcome retreat to his musical roots, won best blues album of 1994 in Guitar Player Magazine. His next solo albums “Tore Down House” and “Well to the Bone” paired Henderson with legendary vocalist Thelma Houston. “Vibe Station”, released in 2015, was listed by many music critics as one of the top 10 instrumental albums of the year. “People Mover”, Henderson’s latest and most accomplished work as a leader, is an instrumental trio record featuring Romain Labaye on bass and Archibald Ligonniere on drums. The trio has toured extensively throughout the world in over 50 countries, playing music from the solo albums as well as some of Henderson’s music recorded by Tribal Tech.
Scott has also released two albums with “Vital Tech Tones”, a trio collaboration with bassist Victor Wooten and former Journey drummer Steve Smith. In 2009 he began touring worldwide with the HBC Trio, featuring bassist Jeff Berlin and drummer Dennis Chambers. Their first record “HBC” was released in October 2012.
As is often the case with a musician of Scott’s caliber, the demand is great that he share his knowledge with the current generation of guitarists. He is on the faculty at Musician’s Institute in Hollywood, where his Open Counseling sessions are some of MI’s most popular. Scott has also written columns for Guitar Player Magazine and many other guitar publications.
Alfred Music has released Henderson’s instructional DVD entitled “Scott Henderson – Jazz Rock Mastery”, and his first transcription book “The Scott Henderson Guitar Book”. His other two transcription books, “The Best Of Scott Henderson” and “Scott Henderson – Blues Guitar Collection” are available through Hal Leonard Publishing as well as his instructional book “Jazz Guitar Chord System”, a revolutionary way for students to study the pluralities of jazz harmony. 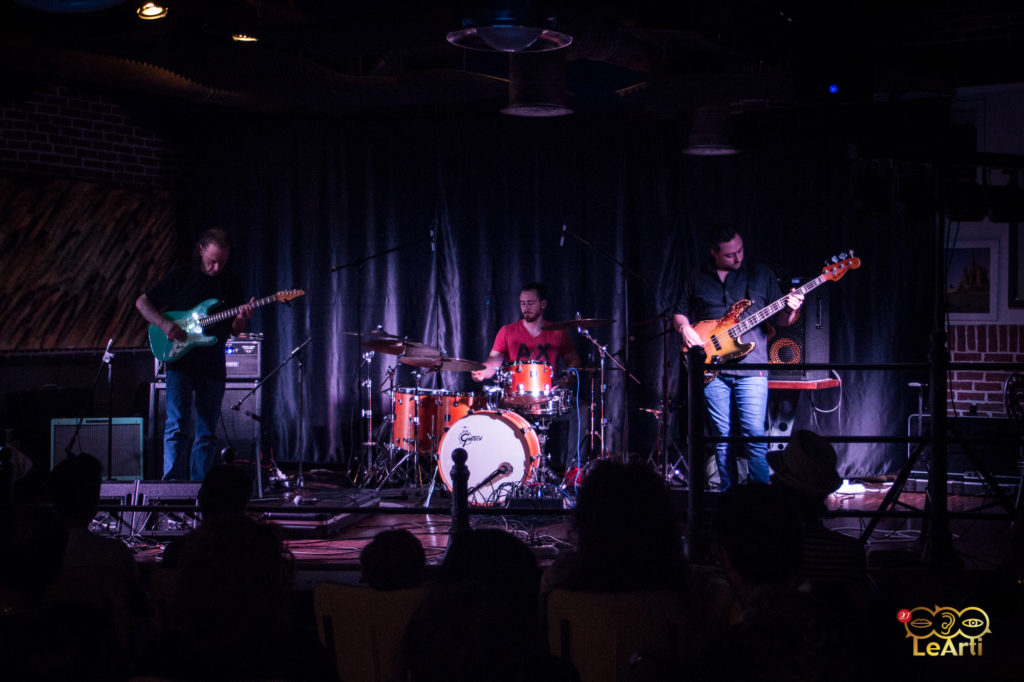